In a lawsuit disputing adequacy of decision by the JPO Appeal Board (Appeal case no. 2015-907) to refuse the applied 3D mark (TM2014-5943, class 28), consisting of a three-dimensional shape of electronic baccarat shoe with the program enabling to reduce the chance of foreign cards and eliminate dealer mistakes, due to lack of  distinctiveness and secondary meaning, the IP High Court sustained the decision being appealed.
[Case no. Heisei28(Gyo-ke)10266,  Decision date: September 27, 2017] 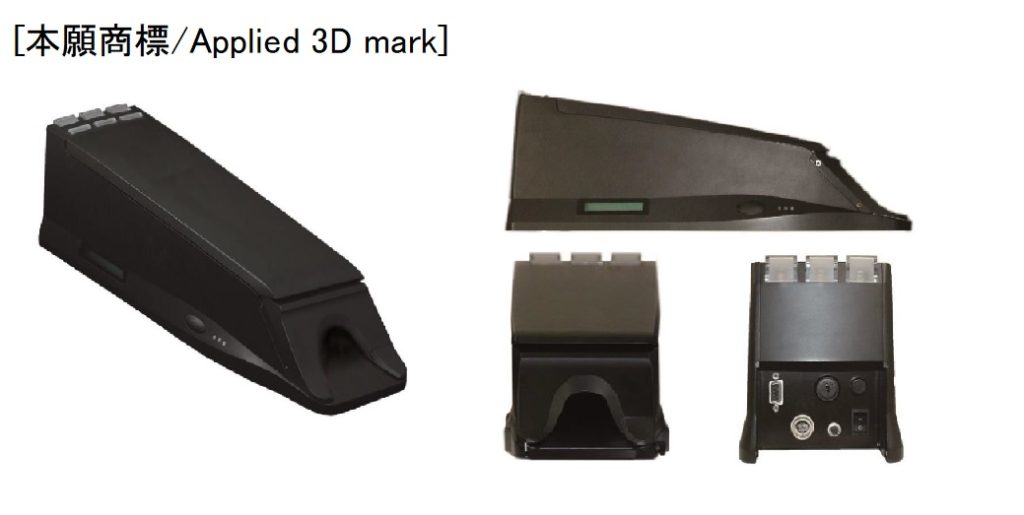 Inherent distinctiveness of the 3D shape

Plaintiff, a Japanese manufacturer and distributor of the ANGEL EYE electronic baccarat shoe, asserted that the 3D shape of ANGEL EYE, being the first products in the industry, is not an essential shape to make it free for public use since no competitors have dealt with same type of product other than plaintiff so far. Besides, a fact that the 3D shape has been registered in the legal gambling countries, e.g. US, EU, AU, RU, Malaysia and NZ, will rather bolster necessity to allow exclusive right on the shape.

However, the Court opposed to plaintiff. “It is inadequate to allow plaintiff to use the 3D shape exclusively. Applied 3D mark can be perceived objectively as a general shape of electronic baccarat shoe aimed to fulfill its original function and produce aesthetic image. If so, it may disorder a fair marketplace to allow exclusive use to plaintiff just because of a first-to-file. A mere fact of trademark registrations in countries where the ANGEL EYE has been distributed is insufficient to admit trademark registration in our nation since the goods is yet to be distributed in Japan.” Accordingly, the Court refused Applied 3D mark based on Article 3(1)(iii).

Plaintiff argued Applied 3D mark has already served to function as a source indicator by means of substantial use of the mark sine 2005. Plaintiff exported 11,481 units (sale proceeds: 2.7 billion yen) over the lase decade and has achieved 90 % market share in Macau, the world’s largest casino gambling hub.

In this respect, the Court ruled in favor of the JPO. As plaintiff admits, the shoe has not been manufactured for domestic use. Any evidence suggesting a high degree of recognition to Applied 3D mark in foreign countries is neither relevant nor persuasive. Unless plaintiff demonstrates that domestic consumers have become aware of such recognition, it is groundless to find Applied 3D mark would satisfy requisite of secondary meaning based on Article 3(2) of the Japan Trademark Law.

The case raises a question: What is a role of the Trademark Law where applied mark, being registered in foreign nations,  confronts with an insuperable refusal attributable to legal restrictions on domestic use of the mark?
Unsuccessful domestic registration prevents domestic company from utilizing the Madrid Protocol and protecting his/her vital brands on the global market in an effective and economical manner.

Be the first to comment on "It is just a 3D shape of electronic baccarat shoe, or trademark?"