The Opposition Board of Japan Patent Office (JPO) held in an opposition filed by Enrico Coveri Società a Responsabilità Limitata (Opponent) that trademark registration no. 5874843 for a word mark “COVERI” (Opposed mark) shall remain as valid as ever and dismissed claims in the opposition entirely.
[Opposition case no. 2016-900368]

Opponent claimed that the opposed mark “COVERI” shall be cancelled on the basis of Article 4(1)(vii), (viii), (x), (xi), (xv) and (xix) of the Japan Trademark Law by citing senior trademark registrations for word mark “ENRICO COVERI”, a name of the late Italian fashion designer, in class 18, 24 and 25. 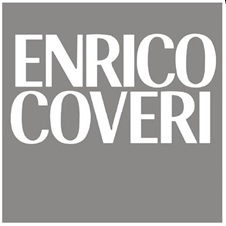 In the opposition decision, the Board concluded that “ENRICO COVERI” and “COVERI” are both dissimilar in appearance, pronunciation and concept.

Besides, the Board did not admit a high degree of popularity and recognition to “ENRICO COVERI” among relevant public in Japan because of insufficient evidence to demonstrate amount of sales, number of stores and expenditure for promotion and advertisement (Opponent has just produced some photographs or articles appeared in fashion magazines).

Based on the fact finding, the Board concluded that opposed mark was not filed in a malicious intent to do harm to the designer’s fame, and “COVERI” shall not be deemed as an abbreviation of “ENRICO COVERI”. Therefore, there finds less likelihood of confusion between “COVERI” and “ENRICO COVERI” even if both marks are used on apparels or shoes.

It is highly advisable to an owner of high-end or luxurious brand, consisting of two or more alphabetical words, to have each word registered as well for the purpose of preventing free-riding and enjoying a broader scope of protection against use by others.