The Japan Patent Office (JPO) dismissed an opposition filed by Apple Incorporated, a US corporation, against TM Registration no. 6031236 for word mark “Pen Pineapple Apple Pen” written in alphabets and Katakana characters, and allowed the mark to remain valid. [case no. 2018-900165] 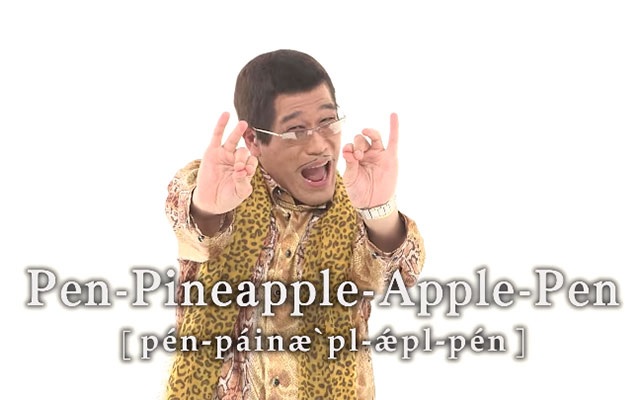 Apple Inc., an US multinational IT company, filed an opposition based on Article 4(1)(xi), (xv) and (xix) of the Trademark Law by asserting opposed mark is deemed similar to opponent famous trademark “Apple”, “Apple Pay” and “Apple Pencil”, likely to cause confusion with opponent’s business when used on designated goods and services. Besides, opposed mark was seemingly adopted with an intention to freeride good-will bestowed on opponent famous trademarks.

The Opposition Board of JPO held opposed mark shall NOT be revocable in accordance with the articles by stating that:

“Opposed mark, solely consisting of literal elements with same size and same font, gives rise to a pronunciation of ‘pen pineapple apple pen’ as a whole. Regardless of slight verbosity, relevant consumers will surely connect the mark with viral hit song “Pen-Pineapple-Apple-Pen or PPAP” by PIKOTARO, internet sensation from Japan, which has become known among the general public remarkably. If so, opposed mark merely gives rise to a meaning of PIKOTARO’s song.  Therefore, opposed mark shall be deemed dissimilar to opponent trademarks from visual, phonetic and conceptual points of view.

The Board admits a high degree of reputation or popularity of “APPLE” as a source indicator of opponent’s business in connection with PC, its accessories, software and smartphones, however, provided that both marks are distinctively dissimilar and ‘APPLE’ is a dictionary word commonly known among relevant public to mean the round, red or yellow, edible fruit of a small tree, the Board considers it is unlikely that relevant consumers and traders would confuse or associate opposed mark with opponent’s mark “APPLE”.

Besides, opponent alleged that PIKOTARO might compose the song inspired by “APPLE PENCIL” and ludicrously promoted with an intention of free-riding opponent’s goodwill. However, the Board was unable to find out any fact to assume malicious intention of the free-riding by applicant from the totality of the circumstances.”