The Japan Patent Office dismissed a trademark opposition claimed by a Swiss luxury watchmaker, OMEGA SA against trademark registration no. 5916814 for the OMEGA mark in class 41 by finding less likelihood of confusion due to remote association between watches and services in class 41.
[Opposition case no. 2017-900136]

Opposed mark (see below) was filed by a Japanese business entity on April 28, 2016 by designating the services of “fortune-telling; educational and instruction services relating to arts, crafts, sports or general knowledge; providing electronic publications; Art exhibition services; Reference libraries of literature and documentary records; production of videotape film in the field of education, culture, entertainment or sports; photography etc.” in class 41.

To oppose against registration, OMEGA SA filed an opposition on April 28, 2017.

In the opposition brief, OMEGA SA asserted the opposed mark shall be cancelled in violation of Article 4(1)(xv) of the Japan Trademark Law by citing the owned luxury watch brand of OMEGA (see below). 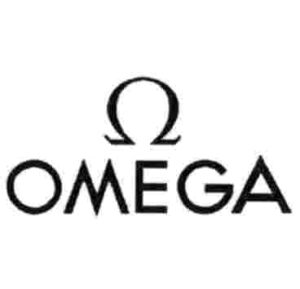 Article 4(1)(xv) provides that a mark shall not be registered where it is likely to cause confusion with other business entity’s well-known goods or services, to the benefit of brand owner and users’ benefits. Theoretically, Article 4(1)(xv) is not applicable to the case where a mark in question is objectionable under Article 4(1)(xi), which prohibit a junior mark from registering if it is deemed identical with or similar to any senior registration. Article 4(1)(xv) plays a key role where a junior mark designates remotely associated or dissimilar goods or services with that of a well-known brand business.

The Opposition Board admitted similarity of both marks and a remarkable degree of reputation and population of opponent OMEGA mark in relation to watches, however, questioned whether such reputation has prevailed even among relevant consumers of designated services in class 41 as long as opponent failed to produce sufficient evidences regarding the issue.

Based on remote association between watched and services designated under the opposed mark, the Board decided that, by addressing less creativity of the OMEGA mark originating from a familiar Greek alphabet even to Japanese with an ordinary care, relevant consumers of designated services in class 41 are unlikely to confuse or misconceive a source of the opposed mark with OMEGA SA or any entity systematically or economically connected with the opponent.