The opposition board of JPO decided to partially cancel trademark registration no. 5807881 for RED TAB position mark (shown in below) covering goods in Class 25 owned by EDWIN KK on the grounds that the registration fails to conform to the requirements provided in the main paragraph of Article 3 (1) of the Trademark Law. 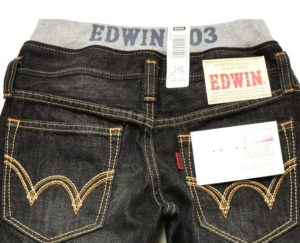 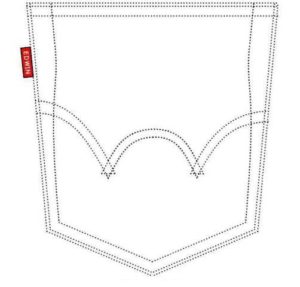 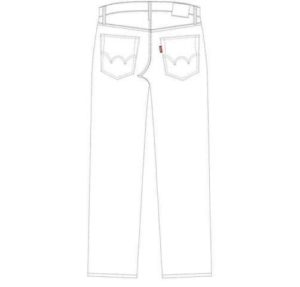 The position mark in dispute was filed on April 1, 2015 by designating the goods of “Trousers; long trousers; short trousers; jogging pants; sweat pants; ski pants; nightwear; pajamas; Japanese sleeping robes; underwear; drawers and underpants; panties, shorts and briefs; clothes for sports” in class 25 and registered on November 20, 2015 as it is.

In filing a position mark, it is mandatory to specify position of the mark in connection with goods applicant seeks to register.

The main paragraph of Article 3 (1) requires an applied trademark should be either currently in use or planned to use. Opponent, EVISU JAPAN LIMITED, did not contend this respect at an initial opposition brief, however, the Board raised the ground as a result of ex-officio examination in accordance with Article 43-9 (1) of the Trademark Law.

The Opposition Board notified the ground and ordered EDWIN to respond it if unacceptable. But EDWIN did not respond to the notification.

Based on the foregoing, the Board concluded:

Evidently, this is a first cancellation to position mark which becomes registrable under the New Trademark Law effective from April 1, 2015.