After eight years of prolonged dispute, PUMA SE could achieve a victory over trademark battle involving famous its iconic jumping cat logo. The Japan IP High Court has overturned decisions by the Japan Patent Office (JPO) which said that a trademark application for a jumping cat-like creature was unlikely to cause confusion with an iconic jumping cat logo owned by sportswear brand Puma.

PUMA SE (former “Puma AG Rudolf Dassler Sports”), branded as PUMA, is a Germany-based multinational outfit that is famous for manufacturing one of the most sophisticated sportswear and athletic shoes in the world.

Its iconic jumping cat logo (see below), designed in 1967, has been undoubtedly one of the most famous brand logos in the world. 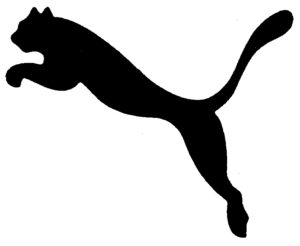 A Japanese individual filed a trademark for the single cat device (see below) on April 12, 2008 by designating T-shirts and caps in class 25. JPO registered the marks on February 25, 2011. 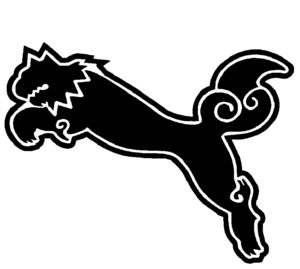 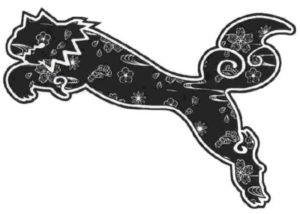 On May 27, 2011, PUMA SE filed an opposition against the mark based on Article 4(1)(xv) of the Trademark Law and asserted relevant consumers or traders are likely to confuse or misconceive a source of the single cat device mark with PUMA or a business entity systematically or economically connected with PUMA when used on designated goods in class 25 because of a high reputation and close resemblance between PUMA jumping cat logo and single cat device.

The Opposition Board admitted a high degree of popularity and reputation of the jumping cat logo in relation to sportswear as well as apparel, including T-shirts and caps, as a source indicator of PUMA SE, however, the Board dismissed the opposition due to the dissimilarity of both marks (Opposition case nos. 2011-900191 and -900192).

Subsequently, PUMA SE requested for an invalidation trial and sought to annul the mark based on Article 4(1)(xii) and (xv) of the Trademark Law on February 25, 2016, the final deadline of five years from registration. However, the Invalidation Trial Board totally dismissed PUMA’s allegations on the same grounds (Trial case nos. 2016-890014 and -890015).

To challenge the validity of the administrative decisions, PUMA appealed to the IP High Court.

After eight years of prolonged dispute, the IP High Court set aside the administrative decisions and ruled in favor of PUMA.

In the ruling, the Court pointed out a fact that designated goods, T-shirts and caps in question have a close association with sportswear and apparel of PUMA’s great interest in the aspect of usage, purpose and consumers/traders. Both goods are purchased by general consumers. Besides, the Court confirmed PUMA jumping cat logo has unquestionably acquired a high degree of popularity and reputation among relevant consumers and traders with an ordinary care even before a filing date of disputed mark. It is true that there exists visual difference between PUMA jumping cat logo and disputed marks, however, admittedly overall impression of both marks is too similar in appearance. Disputed marks do not give rise to any specific meaning and pronunciation. In the meantime, the cited mark gives rise to a meaning and pronunciation of famous sports brand “PUMA”. If so, the Court assumes the difference in sound and concept shall be less obvious on the case.
By taking above facts into considerations, the Court affirmed relevant consumers of T-shirts and caps (class 25) are likely to associate the goods with PUMA and thus confuse its source with PUMA or a business entity systematically or economically connected with PUMA SE.

Based on the foregoing, the Court annulled the Board decisions and ruled to invalidate disputed marks based on Article 4(1)(xv).