In an administrative appeal disputing trademark similarity between TM registration no. 5719997 for word mark “BOB” and a junior application no. 2016-49394 for the “bob” device mark represented as below, the Appeal Board of the Japan Patent Office decided that both marks are deemed dissimilar and reversed examiner’s rejection.
[Appeal case no. 2017-10420, Gazette issued date: January 26, 2018]

The cited mark, consisting of a word “BOB” in standard character, was registered on November 21, 2014 by designating various items of furniture in class 20. 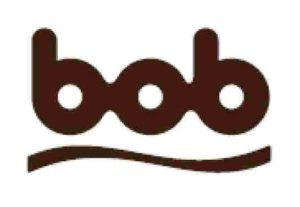 It was applied for registration on May 5, 2016 by designating furniture in class 20.

As a result of substantive examination by the JPO examiner, applied mark was rejected due to a conflict with the cited mark based on Article 4(1)(xi) of the Trademark Law.
Subsequently, the applicant filed an appeal against the rejection and disputed dissimilarity of both marks.

In the decision, the Appeal Board held that:

applied mark is a device in dark brown, consisting of two circles protruding upward on the left side, a circle connected with the two circles in line, and wavy lines underneath.

From appearance, even if it may happen the circle design is recognized as a stylized design of “bob”, the Board opines that the design is unlikely to be considered as alphabetical letters due to a remarkable extent of stylization or abstraction. Thus, it is reasonable to conclude that applied mark shall not give rise to any specific pronunciation and meaning.

Based on the foregoing, in the assessment of trademark similarity, the Board decided that: