In a trademark invalidation appeal, case no. 2017-890017, the Trial Board of Japan Patent Office (JPO) decided in favor of Adidas AG to retroactively null trademark registration no. 5799460 for three bones device mark (see below) due to a likelihood of confusion with Adidas’ famous 3-stripe design.

Disputed mark was filed on May 1, 2015 by a Japanese business entity, designating the goods of clothing for pets in class 18 and registered on October 16, 2015. 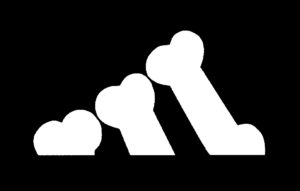 Subsequently after the registration, Adidas AG filed an opposition against disputed mark on November 26, 2015. Since it ended in vain, Adidas AG challenged inadequacy of the decision and registration by means of invalidation trial.

During the invalidation trial, Adidas AG argued a likelihood of confusion between Adidas’ famous 3-stripe design and disputed mark because of a high degree of popularity and reputation of 3-stripe design as a source indicator of Adidas sportswear and sports shoes, visual resemblance between the marks, and close relatedness of its consumers and commodity goods. 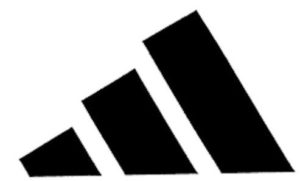 The Board found that:

Based on the above findings, the Board concluded that consumers who are accustomed to the circumstance, are likely to confuse clothing for pets using disputed mark with Adidas’ famous 3-stripe design or misconceive a source from any entity systematically or economically connected with Adidas AG. Thus, disputed mark shall be invalidated in violation of Article 4(1)(xv) of the Trademark Law.

It should be noteworthy that a decision to dismiss opposition is not appealable under the Japan Trademark Law. If opposed party wants to argue the decision, there is no way other than invalidation trial.